But for our family, there are no vacations and trips as we juggle to pay full-time babysitters and take separate weeks off from work just to get by.

I dusted myself off and got back up to fight for my kid. To give her the life she deserves. The life I have to fight for her to have because being sad about it isn’t the answer for me.

I do my part in helping my child succeed at school but there comes a point where I get stuck—when there is nothing more I can do. Socialization is it for us.

Dumping students with IEPs into general education classrooms without considering an approach like UDL is like hosting a pizza party and only serving potato chips.

And I remembered everything without ever taking notes.

I stayed up late and didn’t worry about the next day. Or the future.

I never worried about money or saving all of my sick time to use for someone other than myself.

Almost every time that I have ignored a negative behavior and prompted a student or a customer to the desired outcome — I have received an apology without ever asking for one.

Being a mom seemed so social and I never worried about being isolated.

But then we were.

I left last year’s conference feeling confident that my child would be okay. That she would flourish there.

But since Kindergarten started, I realized that maybe I approached this wrong. It isn’t going so well and it feels like we are starting all over again as I watch two years of progress fade away into darkness.

I helped kids make little ghosts with glue and cotton balls and they all followed directions and listened, even Ally. Several kids wanted me to know that Ally isn’t nice to them or her teacher and asked me why doesn’t she like anyone?

“Why is so mean?” a little girl wanted to know. 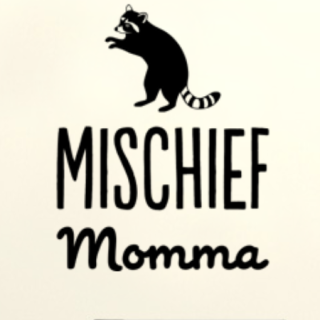 Mischief Momma was started in 2016 to write about the playful truths of parenting and life. In 2017, MM began to focus more on writing about parenting and life on the spectrum and raising her daughter and stepson. She writes about the joys, humor, and struggles of raising children who are different, and navigating obstacles like childcare, education, and work. This mom writes about her journey upward after hitting rock bottom.